It's Hug Your Cat Day! 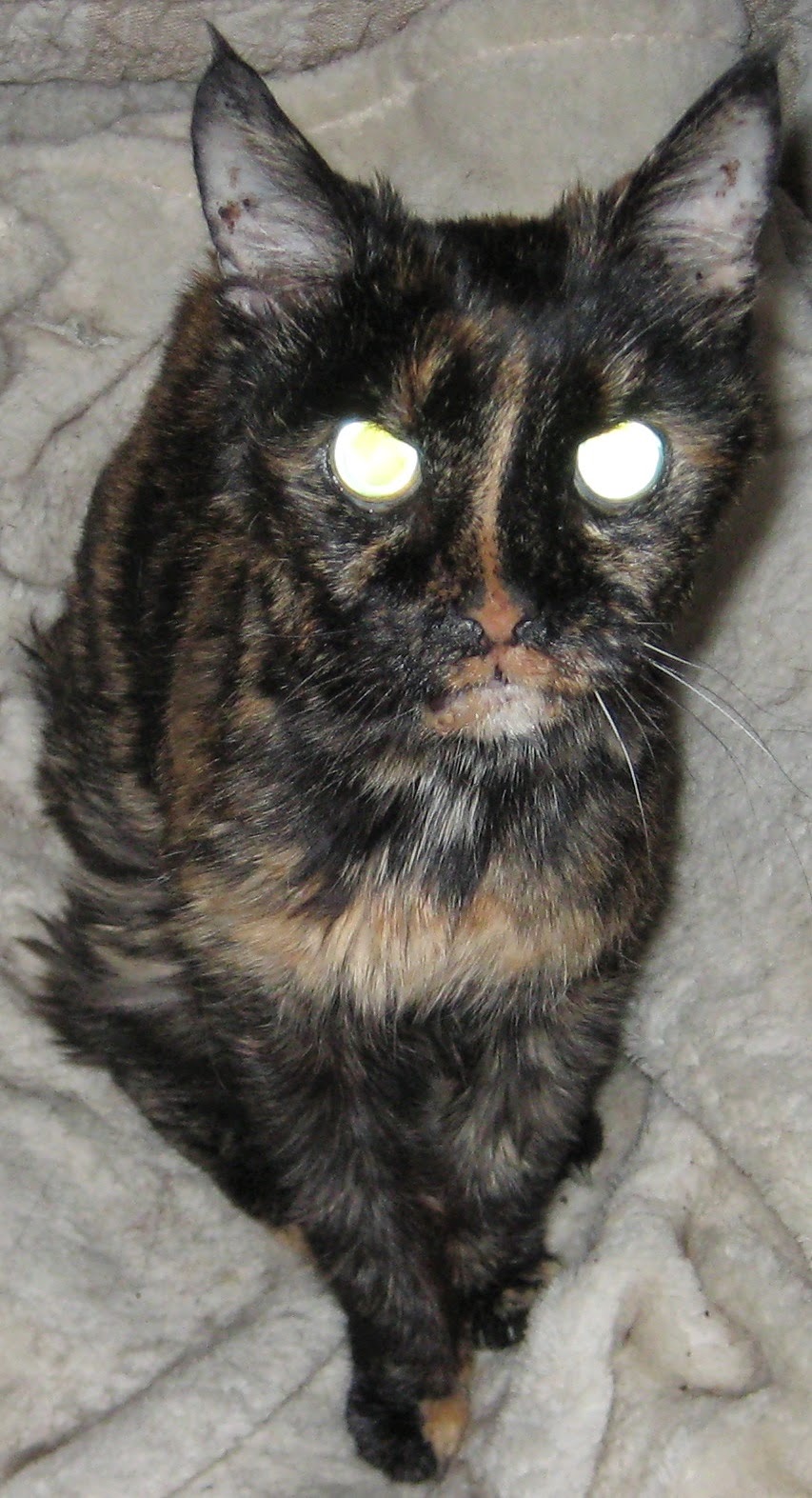 I've always been a cat hugger. And my cats have always resisted this! Something about being held, they just tend not to like it.

Except for one, and even then only during about the last month of her life. When my little Vixen (pictured above) had just turned 24, she used to come over and sit at my feet while I was working. Now, she had a bed underneath my desk, so she was often close by me as I worked, anyway. But this was something different.

By this time, Vixen and I had grown so close that we almost communicated with each other telepathically. She would walk into the room and sit on the floor next to my chair, and "ask" me to pick her up.

This was no insignificant thing. Once she was past age 20, Vixen had experienced vertigo, and didn't like to be up off the floor because it made her dizzy. So for her to ask me to pick her up was unusual. But she knew our time together was growing short, and she wanted to be as close to me as possible.

I'd pick her up and hold her close, and she'd just purr so loudly. Those were tender moments, but they also made me a little sad, because any unusual behavior in an elderly cat is typically cause for concern. And about a month after she'd turned 24, Vixen was gone.

I always think of my little Vixen on National Hug Your Cat Day, which is today. And, funny thing: as I was writing this post about her, my Captain came over and stood between my feet on the little footstool I use in my office. He let me pick him up in my lap and hug him - twice! - purring all the time. He doesn't usually like being picked up and hugged, either. Did little Vixen's spirit tell him to do that? I like to think so.

So hug your kitties today, even if they resist it. Because on some level, they do enjoy that bond between you. Even if it takes them until the end of their lives to admit it!
Posted by Lynn Maria Thompson at 6:05 AM