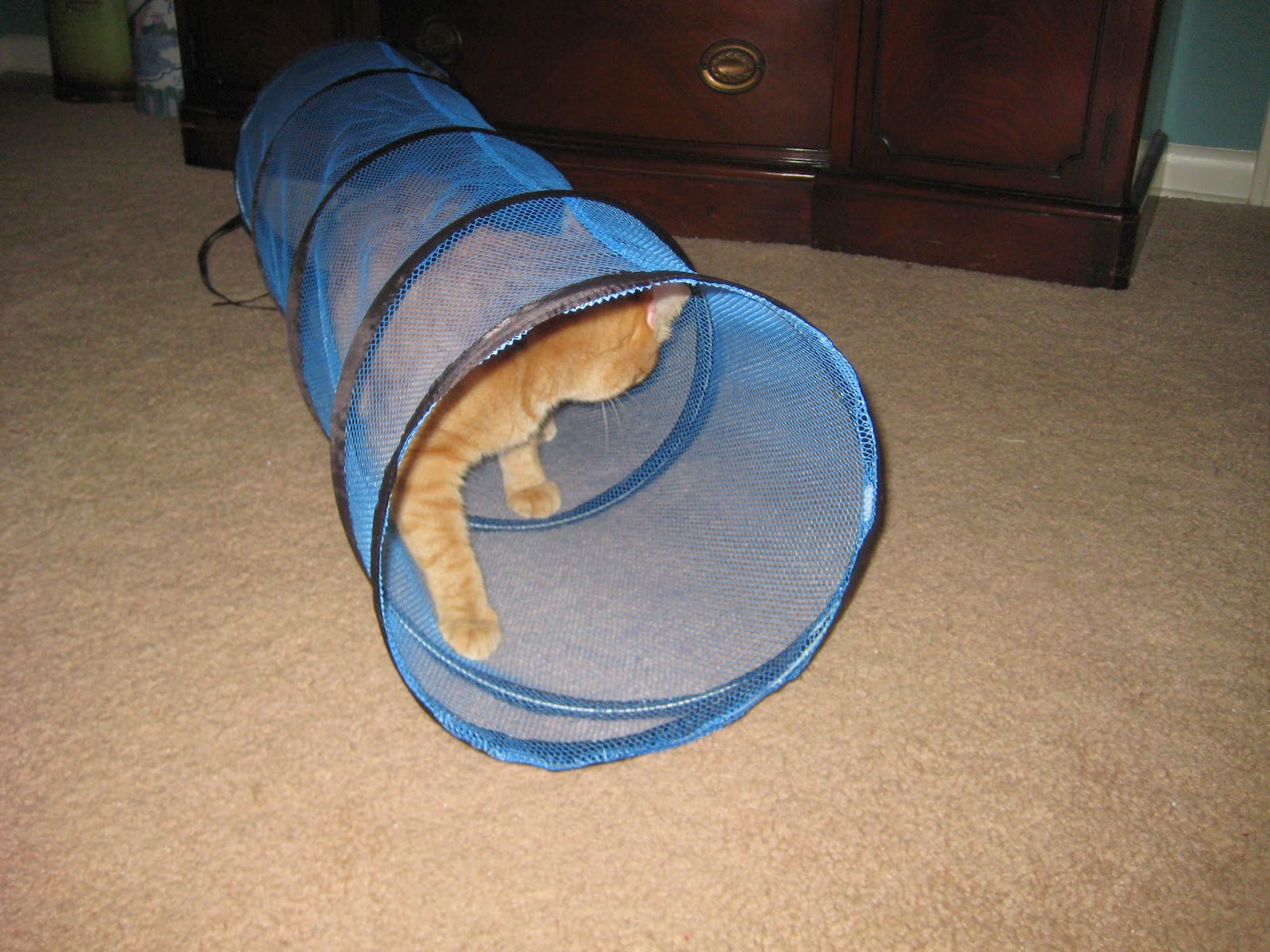 The video I shot was a little dark; fault me for not turning on lights in a room when I could see just fine, but my camera couldn't! But you can still (sort of) see from the photo above that The Golden Boys were quite fascinated by the new Cat Crawl in Jackson Galaxy's line of cat toys from Petmate. If you'd like to see the video of them playing in the Cat Crawl, you can watch it here.

Jackson is known for his Animal Planet show, "My Cat From Hell" and also for his advocacy for cats. His "Cat Mojo" philosophy is built around six basic needs of cats:

Each of the items in Petmate's new Jackson Galaxy line meet one or more of these needs. In the case of the Cat Crawl, it gives kitties a place to explore, while the mesh fabric still gives them full view of their surroundings so that no predators can sneak up on them. Of course, in the case of my Golden Boys, the only "predator" around for one of them is his brother!

When I first unfurled the Cat Crawl, which comes collapsed and held in place with ties on one end, the boys were excited to see what new toy Mama had brought into their territory now! They eagerly followed me into the dining room, then immediately began sniffing it. Gilly walked right on in to explore the inside, while the Captain seemed most interested in playing with the string ties on the end of it.

The Cat Crawl also has a zipper on one end, which tells me that you'll be able to buy additional pieces that will fit together with it to give your kitties a full maze to explore. My one concern about the mesh fabric is that some cats may get their claws caught in it. But if you keep your kitties' claws trimmed, that may not be an issue.

Since their initial fascination, I haven't observed the boys playing with this again, but I do go in the dining room from time to time and find it in a different place than it had been before...so I guess they just like their Cat Crawl time to be private!

Naturally, being cats, they were also quite interested in the box in which the Jackson Galaxy products arrived: 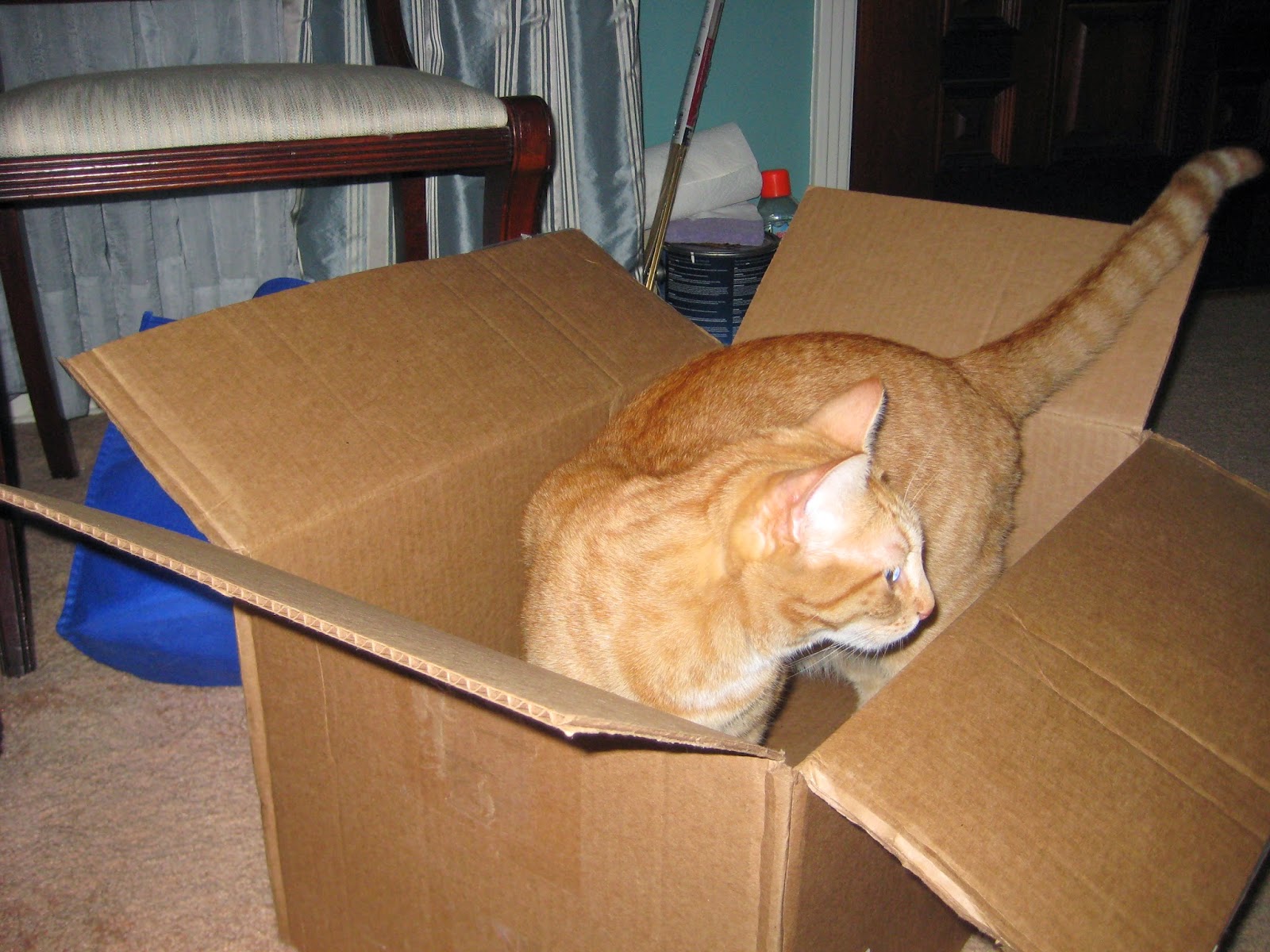 So, what do you think: would you like to see this product available in the Old Maid Cat Lady store?

An update: The boys have had this toy for a few weeks now, and they still seem to enjoy it. Occasionally I'll see them go through it to get to each other when they're playing (It was really entertaining when Gilly was playing with the ties on one end, and the Captain snuck up on him through the tunnel to grab him!), but what they do most with it is bat it around. They'll chew on the end of it a bit, and seem to enjoy that they can move it around so easily. I'll find it in all sorts of different places. Still waiting to find it in another room...
Posted by Lynn Maria Thompson at 10:20 AM